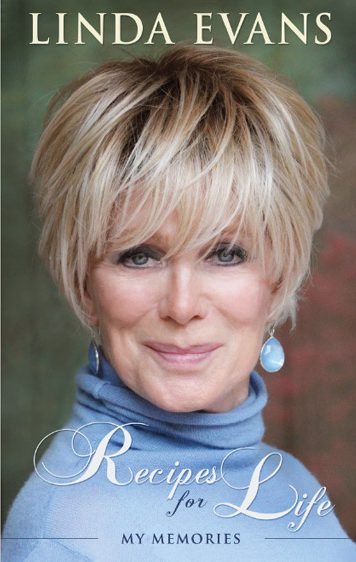 Join nationally recognized multi-media radio talk show host and award winning producer Patricia Raskin, as she interviews Linda Evans, a Golden Globe award-winning actress who has personified beauty and grace on screen and stage, from her role as Audra Barkley on “The Big Valley,” to the glamorous Krystle Carrington on “Dynasty,” winning the “Hell’s Kitchen” competition working under Michelin-starred chef Marco Pierre White, and starring on Broadway in “Legends.” She has won five People’s Choice Awards for Best Female Performer, was nominated for an Emmy, and has a star on the Hollywood Walk of Fame. She will discuss her second book, RECIPES FOR LIFE: My Memories.